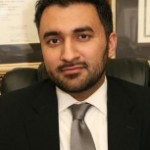 This week immigration attorney extraordinaire Hassan Ahmad joins us to talk about the Syrian Refugee crisis and a growing sense of xenophobia in this country. We discuss congress’s recent efforts to “slow” the refugee resettlement process, proposals to screen Syrian refugees for Christian bona fides, and more.

Dr. Ben Carson got his PhD despite failing his freshman undergrad class Analogies 101. I’d tell him to say it to my face, except there’s a chance he might actually try to stab me.