We’re back with another mediocre podcast (You’re welcome, world)! This week, Ben Carson swears he tried a kill a guy, and the “lame stream” media is out to smear him by saying he’s actually always been a pretty nice guy. Typical liberals! 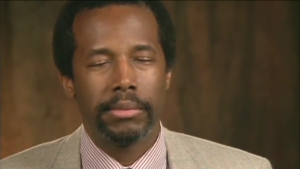 Ben Carson also comes out strong against those “scientists” who suggest that aliens built the pyramids. Not so fast, science! Ben Carson has his own ideas.

Look, at the end of the day these kinds of “gotcha” questions should not get in the way of our decision making. We should take a long hard look at Dr. Carson’s actual policies and–oh my god his policies are just as bad.

The Republican candidates squared off earlier this week at the Fox Business News “Debate” (a.k.a. “Republican Talking Point Trade Show”). Donald Trump invoked “Operation Wetback,” a program that resulted in mass civil and human rights abuses and the deportation of hundreds of U.S. Citizens. So naturally he got a big applause.

But don’t worry folks! For all of you who are sick and tired of hearing about Trump’s beautiful border wall, Hillary Clinton is here with an alternative! Border barriers! 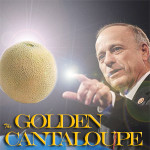 This week’s Golden Cantaloupe is a gaping you-know-what (keeping this PG). His name is Kevin Swanson and (spoiler alert) you do not want to invite him to your gay wedding.