Renowned brain surgeon and presidential hopeful Ben Carson has recently seen a serious surge in his poll numbers, challenging the GOP front runner Donald Trump in key primary states. With the increase in popularity has come growing scrutiny over claims Carson has made about his past, and criticism of his interior decorating skills: 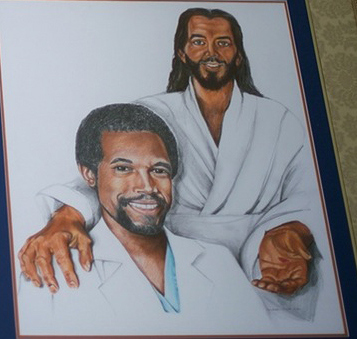 Carson has not taken the scrutiny well, claiming that questions about his past are a byproduct of the “liberal media,” and insisting that President Obama did not face such scrutiny when he was running for office (You know, except for this, this, that, this one, and this other time). But Carson isn’t trying to defend himself against claims that he wasn’t born in the United States, that he’s a secret muslim, or some kind of Al Qaeda Manchurian candidate, rather, the story he is desperate to defend goes something like this:

For Carson, this is a story of redemption and change. For others, it’s a story of attempted murder. Either way, it turns out journalists have had a hard time finding anyone from Carson’s past who ever witnessed this kind of rage. This would normally seem like the perfect out. After all, attempted murder is generally frowned upon in our society. But calling this narrative into question undermines Carson’s entire redemption story, and to a greater degree, his honesty. So, as a result, he’s doubled down. He absolutely was, without a doubt, one belt buckle away from murder (and don’t let the liberal media tell you otherwise).

But you hardly need to look into things Carson said 20 years ago, or his behavior as a youth to find perfectly good reasons why he should not be president. Here’s Carson in August, suggesting we should use militarized drones to blow up smugglers on the border:

Now, Carson does not have an official immigration platform on his website, so he apparently hasn’t had time to flesh out these ideas, but suffice to say this is probably one of the cruelest positions on immigration that has been articulated so far. So while it’s true that a little bit of digging will sometimes turn up lies, misrepresentations, and bad taste in art, with most of these candidates you don’t need to look any further than their actual policy ideas to realize just how unqualified they really are.