There is a crime here that goes beyond denunciation. There is a sorrow here that weeping cannot symbolize. There is a failure here that topples all our success. The fertile earth, the straight tree rows, the sturdy trunks, and the ripe fruit. And children dying of pellagra must die because a profit cannot be taken from an orange. And coroners must fill in the certificates – died of malnutrition – because the food must rot, must be forced to rot. – The Grapes of Wrath, John Steinbeck 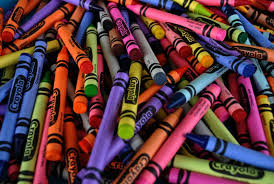 As I was walking out of the Berks Family Shelter, a prison with crayons in central Pennsylvania, this passage from The Grapes of Wrath came to mind. On our way in some guards were loading about ten kids, ages 5-10 into a van to take them to Loews in order to take part in the Saturday kids activities they have there, arts and crafts and the such. They looked really happy. It made me feel good for a moment until I remembered that these kids are in jail. They are going to do arts and crafts with prison guards as their chaperones. The cute paintings on the walls and toys in the common area doesn’t change the fact that these children are imprisoned when they do not need to be.

This is the crime that goes beyond denunciation. The vast majority of these kids, if not all, and the so many more like them in Artesia and Carnes and whatever new fangled prison with crayons has opened since I sat down to write this, have caring and loving homes somewhere in the United States that could take them and their moms in while their legal process takes its course. They could be going to Loews with their moms, fathers, uncles, grandpas, older brothers, just anyone other than prison guards. They could bring home their little bird feeder they made and show it with pride to their grandma or their big sister. Instead it will sit on a shelf in their cells with their other property.

They fled their home countries out of fear, with many having either witnessed and/or experienced horrible things that makes you shake and weep. This is  the sorrow that weeping cannot symbolize. My three year old client from Honduras witnessed his mother take daily savage beatings from his father and watched as he raped her repeatedly before his eyes. When he would attempt to comfort his mother he would be beaten as well. In order to escape these beatings and rapes the mother would take him and sleep outside in the woods. When they were able they fled to seek the protection of our great country. His mom is 19 years old and was attempting to reunite with her mother. That reunification will have to wait.

They have a place with fertile earth, trees in straight rows and ripe fruit in order to lay their heads and seek shelter. This place is with her mother and not in jail but there is no profit to turn from these two refugees staying with their family. The pragmatic and compassionate solution of allowing these refugees to reunite with family doesn’t make the President look tough and serious on enforcement and the President needs to look tough and serious. He needs to fill out those death certificates in order for the rest of the crops to be prosperous or so he believes.

The fruit must rot. The fruit most be forced to rot. These kids most be imprisoned and they must be deported. This is the failure that topples all of our successes. This is our grapes of wrath.